Our formation process seeks to promote continued discernment about the nature and direction of each man’s vocation by guiding each novice and junior toward a clearer understanding of Norbertine life, charisms, spirituality, tradition, history, and vision. Through the process we foster an experiential and intellectual meaning of the vows and we provide a setting in which each novice and junior can move into greater incorporation and participation within the community.

The means by which these aims are achieved include…

Familiarizing oneself with the documents foundational to Norbertine life, including The Constitutions, The Rule of St. Augustine, and The Canonry Book of Customs.

Sharing in daily Norbertine life while living in community, especially through shared liturgical prayer and table.

Men are vested in the white habit of St. Norbert upon entering the Norbertine community, when they begin and deepen their commitment to religious life through a two-year novitiate. 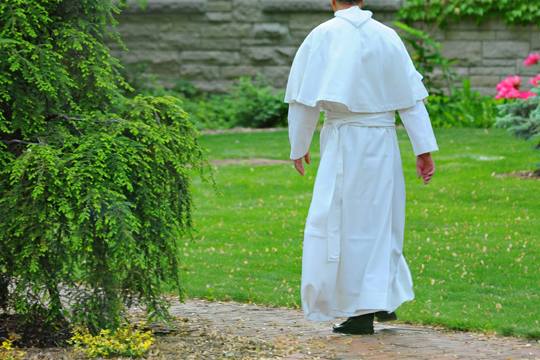 First Year of the Novitiate

The first year of the novitiate is characterized by a period of prayer, reflection and a deliberate effort to live a communal, consecrated life.

The first part of the first year of the novitiate is a hermitage period. The hermitage period is primarily a time for the novice to deepen his discernment, explore the landscape of Norbertine life in community, and evaluate the unique call he has received. This hermitage experience invites the novice to withdraw a bit from his former life. In order for this to be accomplished, the novice is asked to focus on his relationship with his confreres and with God—re-orienting his life around a communal and particularly Norbertine center.

Upon entering the Norbertine community, novices are referred to as either “Frater” or “Brother.” The title “Frater” (Latin for “brother”) identifies a clerical-candidate pursuing Norbertine priestly formation. The title “Brother” refers to a candidate who is not pursuing ordained ministry but is committed to the fraternal brotherhood of the community, binding himself completely to the community and the Church through the eventual profession of Solemn Vows. 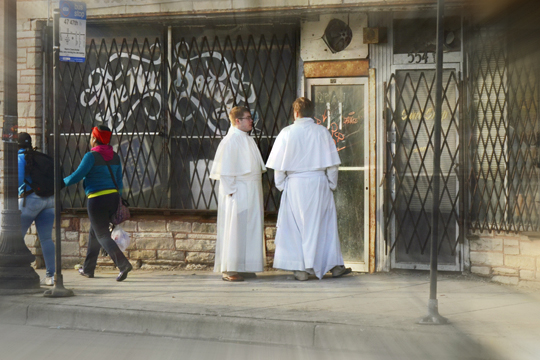 Second Year of the Novitiate

During his second year of the novitiate, the novice continues to attend to personal and communal prayer times, as well as meet regularly with his spiritual director and the Norbertine novice master. A primary component of the second year includes a part-time assignment at a Norbertine apostolate.

This second year also provides opportunities to focus on appropriate theological or pre-theological studies at St. Norbert College in De Pere, Wisconsin; at Catholic Theological Union in Chicago; or at another suitable location. Upon completion of the novitiate, the novice professes Simple Vows of poverty, chastity, and obedience for a period of three years.  Upon completion of three and a period of mutual discernment between the man and the community, the man solemnly and joyfully prostrates himself before God, and community to professes Solemn Vows—a lifetime commitment to the Norbertines of St. Norbert Abbey and the People of God.

As previously mentioned, some Norbertines in formation may wish to pursue brotherhood rather than ordained ministry. Since the initial two-year Norbertine formation program focuses on a novice’s goals and the vision of incorporating him into communal life, no distinction of educational requirements is made between candidates for brotherhood or priesthood during that time. However, after completing his two-year novitiate, professing Simple and Solemn Vows, and approaching some form of theological studies, at that point in time a Norbertine brother will deliberate with St. Norbert Abbey’s prior and personnel committee to determine where he will minister, depending on his gifts and the order’s needs. 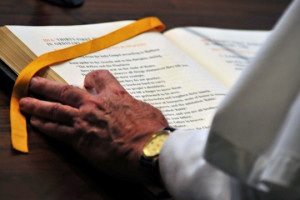 The Theologate and Solemn Vows

While a junior’s schooling may be supplemented by various educational institutions, Catholic Theological Union in Chicago remains the official theologate for Norbertines pursuing Holy Orders.  After solemn profession and as he approaches the conclusion of theological studies, the Norbertine frater or brother will deliberate with St. Norbert Abbey’s prior and personnel committee to determine where he will minister, depending on his gifts and the order’s needs.

If the solemnly-professed frater is a priesthood candidate, he may apply for Holy Orders, including diaconate and priesthood. After ordination to the diaconate, the newly ordained will engage in a diaconate internship (usually in a parish setting) to achieve greater experience in pastoral and liturgical ministry.

This formal Norbertine formation program lasts from the first day of the novitiate through the first five years of priestly ordination. The period after ordination takes the form of mentorship. The formation team and the newly ordained priest mutually agree upon the Norbertine mentor.

Canons on the Run

Father Jordan Neeck, O. Praem., and Frater Johnathan Turba, O. Praem., are co-hosts of St. Norbert Abbey’s podcast, Canons on the Run. In episode 008, compellingly and with a bit of humor, they discuss their habit, the conversations that have occurred because of it, and their continual witness to God’s call.